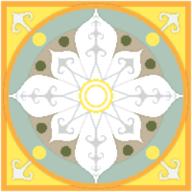 I currently operate a website for spiritual teaching. I am a bishop (Acharya) in the lineage of Mahajrya Buddhism. I believe that truth has no religion, but that all religions have at least some truth to them. And while religions have not necessarily been good because of control, there is more good than harm which has tended to come from them... now if they would just set their bloomin' egocentrism aside and listen instead of trying to reign supreme, this world would be much more awesom I am a big fan of reason and rationality over irrational belief or irrational skepticism (skepticism is a poor substitute for clear thought, and being negative and snarky gets old very quickly). Therefore, being reasonable requires accepting that you do NOT know better than someone else about what THEY should or should not believe. This is as true for die-hard atheists as it is for fundamentalist religious nuts. Rational atheists understand that there is more than one way to look at things.