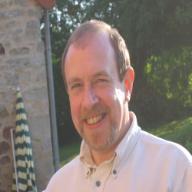 I've been a manager in the classical music business in the UK since 1980 (so, yes, I'm pretty old!). However, I love many kinds of music and enjoy collecting and disseminating useless (and sometimes useful) facts. I love travel, exploring and good food and drink. I also love just chatting about music in general.