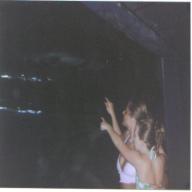 I THINK THAT WE CHOOSE EVERYDAY THE KIND OF DAY WE WILL HAVE . BAD THINGS CAN HAPPEN BUT HOW YOU REACT WILL DICTATE HOW YOUR DAY WILL GO. ATTITUDE IS EVERYTHING.