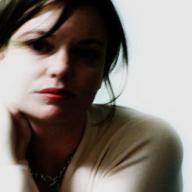 *Sometimes my child answers questions on my account, so if something seems - too young - for me to be saying it was probably not me. I like Literature, I'm old (35) and have a family. I write and draw for money & fun. I like vintage clothes, old houses & all kinds of things. I like yahoo answers because I always wonder things that I would never ask other people out loud.