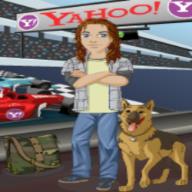 Well, I'm me. I like metal, but I'm not goth or anything. I'm into stuff like Kamelot, Tesla, Killswitch Engage, Queensryche, Nocturnal Rites, Scorpions, etc. But I also like Smooth Jazz like Chuck Loeb, and Easy Listening (elevator music), along with J-pop and J-rock (J=Japanese). I'm kind of like a music guru because I know how to look at it from a NON-biased view. I play guitar, sing, play drums, violin, and piano. I draw manga, and write short stories, and lyrics. I try to be as selfless as possible and be a good person. I have felt TRUE love before, so I am good with questions like that. Along with that goes the "hopeless romantic" part of my personality. My favorite anime/manga is Azumanga Daioh, followed by DBZ. I like video games a lot. I dabble in game design, and know everything there is to know about console games and the future of gaming. Well that's me...