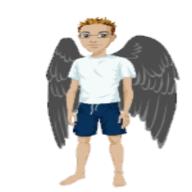 I'm Joseph. 19 years old. Attending UCSD. Because I'm poor and got good grades and did nice things, I have scholarships and grants that pay for it. I'm mostly into the Politics section here, so I guess my political ideology is relevant... I'm complicated. I'm a socialist in ideal, but libertarian in practicality. If I had to give it a name, I'd call myself a social-libertarian: I believe in limited government, but I also believe in fundamental rights that include healthcare and education; however, I do not think government is necessarily the most effective way to provide them.