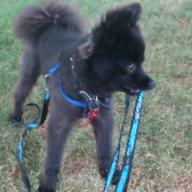 I own three Dogs, four Guinea Pigs and one Cat.