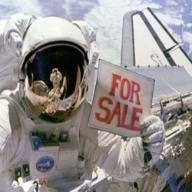 I was in a commission investigating scientific misconduct. I felt ashamed to be a scientist when I saw how deliberately and wrecklessly scientists fake data and results. For fabrications and falsifications in science I don't have any tolerance, even if it is" only" in "history". One of the eternal principles of science is the constant revision of findings. However "history" seems to claim an exception. "Revisionists" are treated like criminals. Those fighting against the "revisionists" do not know what they do. (Hopefully, knowing it makes it worse). "History" is included in the group of academic disciplines, having to respect the rules of good scientific conduct. Otherwise it becomes dogma. Nothing against a dogma but disguising it as "science" is a crime. To understand the importance to fight against the misery, look at: http://ori.hhs.gov/