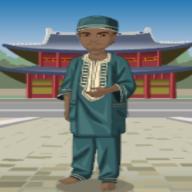 Hotep, I never know what to put in these boxes. How does one describes them self without sounding arrogant or self centered? Honestly, I don’t think I am very interesting, but I have been around. Everyday I struggle, I struggle to learn more and to do more; I struggle to be a decent human being. I have been to the "Garden of Eden", I've been to the "holiest of holies", I've been in the belly of the beast, I've been to war, I have fed the hungry...and everyday someone tells me I haven’t done sh*t. I guess I am just another person traveling the road of self discovery and enlightenment. Salaam, Shalom, Peace