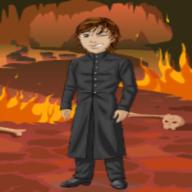 Hello YA community. I am Evil C (Formerly The-Razors-Edge) and I am here to share my knowledge of cars with you. I have been a DIYer for the last 13 years and there hasn't been a car I couldn't fix so far. I would be a liar if I said I knew all there was to know about car maintenance and repair, because I don't. I learn something new about cars everyday. It is a constant process that we all experience and I just want to help broaden other people's mindsets about their own cars and/or trucks as best I can. So if you got a car question, I just might have your answer.