Is it a misconception to associate Satanism w Black Metal?

First off, I do know there are quite a few black metal bands that are satanist or if not their lyrics are...but when i look through my library of black metal, most of it is not at all.

There are so many Black Metal bands that have lyrics on subjects such as history, war, mythology, nature, astronomy, etc.....

so for every Dissection, Gorgoroth, Marduk....There are countless others like Borknagar, Cobalt, Blut Aus Nord, Absu, Falkenbach, Arcturus, Enslaved, etc.... that don'thave any lyrics that are "HAIL SATAN".

To me, this is like saying all death metal is Gore related and all Power metal is fantasy based (ok...maybe it is haha) and I think that the casual metal fans tend to be closed off towards Black Metal because of this and imo are missing out on some great music.

There are also plenty of Death Metal bands that are lyrically satanic (Deicide, Immolation, Akercocke, etc....) but i hardly ever see the connection made between the genre

anyways, end of my rant....i'll leave you with some non-satanic BM 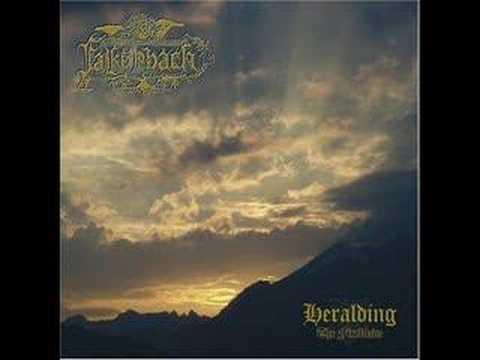 MQ: so, as the title says do you think that that satanism should be associated with Black Metal? why or why not?

BQ: of the 3 songs i posted, favourite if any?