How can Cons claim they know everything Obama has done when they don't even know Bush started the war in?

Bush started a war based on false information. Democrats and Republicans in congress ****** up because they trusted him and they gave him their power to declare war.

SEC. 3. AUTHORIZATION FOR USE OF UNITED STATES ARMED FORCES.

(1) defend the national security of the United States against the continuing threat posed by Iraq; and

On my orders, coalition forces have begun striking selected targets of military importance to undermine Saddam Hussein's ability to wage war. These are opening stages of what will be a broad and concerted campaign. 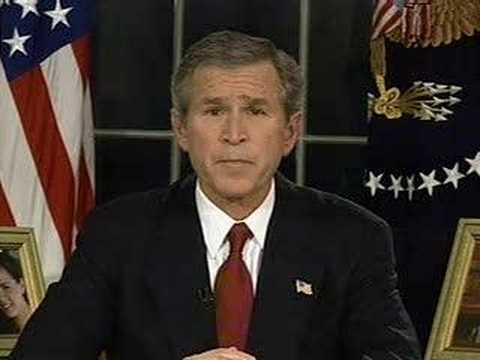