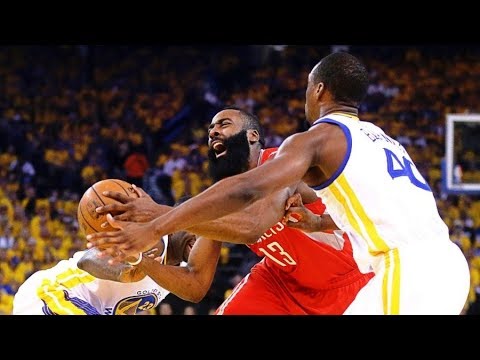 I’m not a harden fan and used to think he flopped but if this is your evidence I no longer think he does.

1. First play he didn’t call for a foul. The idiot back his *** up way to low and Harden went on top. It should have been on harden but that’s not a flop it’s a ref being a dumbass.

2. Harden was hit in the chin by a guy who is at least 6’6 it should have been a no call but again anyone would go down wtf? It wasn’t an offensive call but you are blaming him for going down by an elbow to the chin? You can clearly see it hit him. Was it offensive? No. Defensive? No. It was a no call Harden was leaning in but again him going down is not a flop. It’s him playing bad defense getting hit in the face and reacting as anyone who just got elbowed by someone who is 6’6 would.

3. The rest are not flops. He tried to draw a foul from contact. That’s a good play but he didn’t oversell it or anything. The one you could call his the one out of bounds but they teach you to jump in college to not land on an ankle and sprain it. So relax.